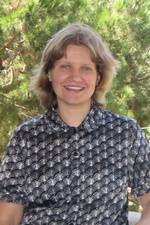 During her middle and high school years, Maria was a participant of the Math Circle at the Moscow State University and a winner of a number of math competitions in Russia. She received her B.A. degree in Mathematics from the Moscow State University in 1998, and Ph.D. from the University of Rochester in 2003. She is the founding director of the Fresno Math Circle program and the manager of the Math Kangaroo site at Fresno State. Her life-long passion is problem solving, and main interests lie in the areas of number theory, logic, and geometry. Maria has two daughters, both are participants of the Fresno Math Circle. When she has free time, she enjoys hiking, camping, running, and playing strategy games with the girls. 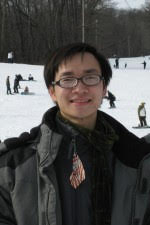 Khang received his Ph.D. degree in Mathematics from University of Illinois at Urbana-Champaign in 2012 and joined the Fresno State mathematics department in 2015. He loves to work on research projects and problem solving with students in various levels including master, undergraduate, and high school students. He has publications or projects submitted for publications with students as co-authors or sole authors, some of whom were high school students. Khang enjoys observing students’ growth in mathematics and also learned from his students when working together. 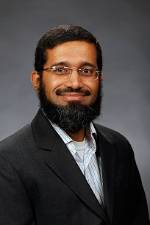 Adnan received his Ph.D. in Applied Mathematics from University of Florida in 2008. He also had an M.S. in Electrical Engineering from the same university and a B.Tech in Electrical Engineering from IIT Bombay. He enjoyed problem-solving, puzzles, and mathematics competition problems. He liked working on Sudoku and KenKen puzzles, playing chess, and outdoor activities such as tennis, running, and hiking. He was extremely passionate about preparing children for mathematical competitions and other enrichment activities. Adnan was a Fresno Math Circle instructor from 2016-2019, and the founder of the AMC site at Fresno State. He passed away in September 2019, and will always be remembered for his dedication to the program.