The Joint Mathematics Meeting is the largest, and most important, mathematics conference in the country. About 6600 mathematicians attended this year’s conference, which took place in San Diego, CA. the Mathematics Department was represented in several different ways. 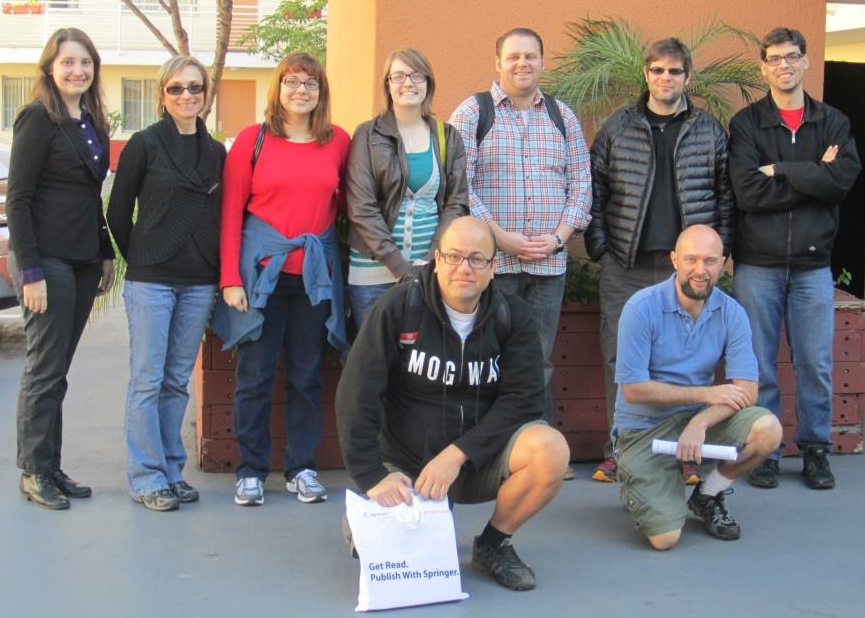 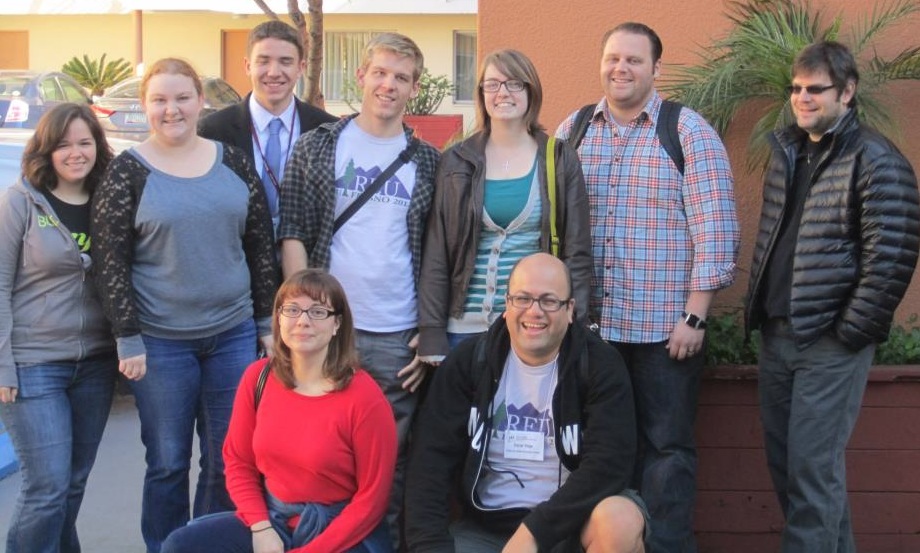 REU students attending the conference, with mentors (students are from various universities around the country). 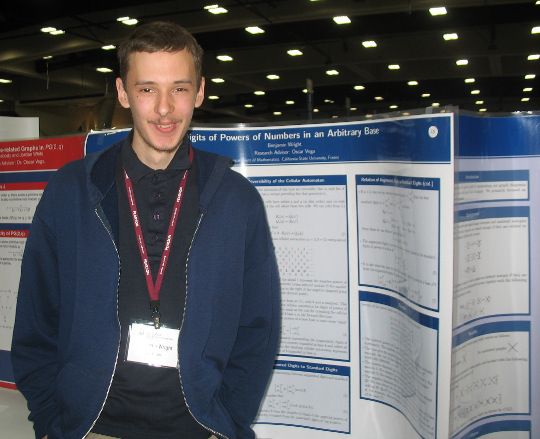 Benjamin Wright (CSUF undergraduate student) presenting a poster on his research at the JMM in San Diego. (Advisor: Dr. Vega.) 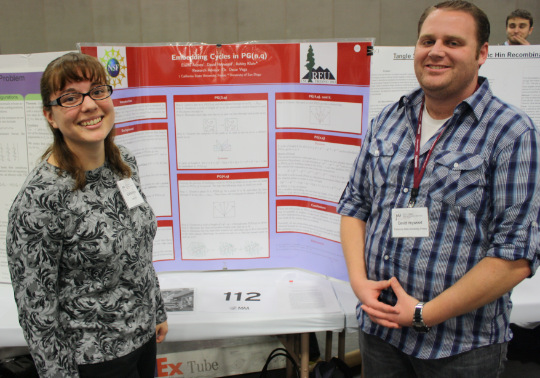 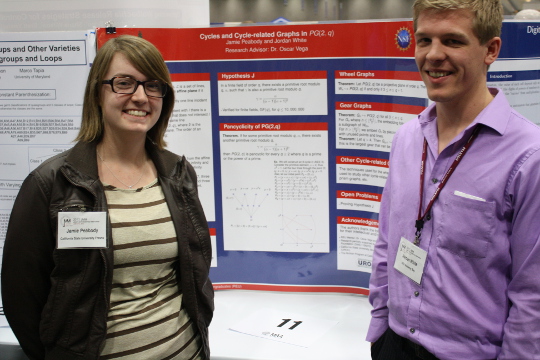 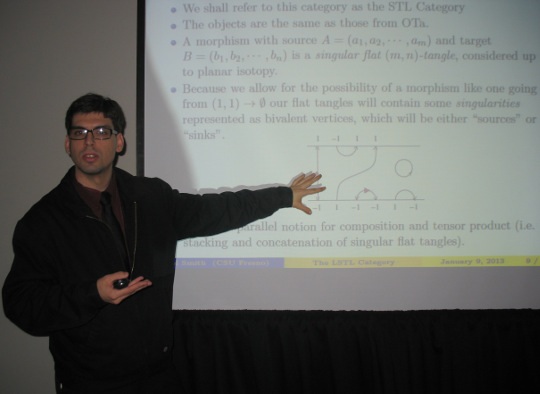 Joel Smith presenting his research at the JMM in San Diego. (Advisor: Dr. Caprau, during the Fall)

Dr. Carmen Caprau ran a research seminar supported by an Mathematical Association of America Tensor Women and Mathematics  grant supporting women in mathematics. Out of this experience there were three talks given in department’s seminar in December 2012, and one poster presentation at the MAA Undergraduate Poster Session during the Joint Mathematics Meetings in San Diego, January 9-12, 2013. Students will give more talks and poster presentations during the current spring semester, as they continue to work and advance in their research projects. 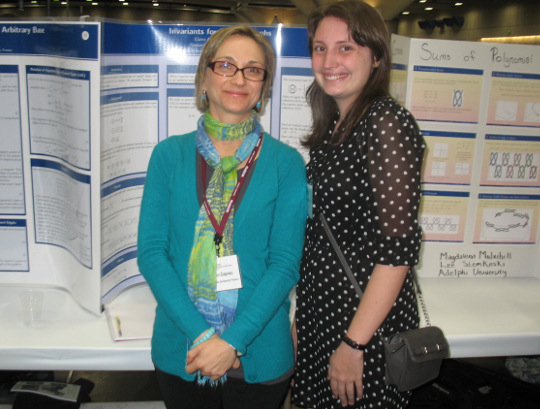 Jennifer Elder (CSUF undergraduate student) and Dr. Caprau (CSUF faculty), by the poster Jennifer presented on her research (done with Elaina Aceves) at the JMM in San Diego. (Advisor: Dr. Caprau, during the Fall, part of the MAA women in math grant received by Dr. Caprau.)

During Summer 2012, the department of mathematics ran a very successful Early Start Program. Students who want to enroll at Fresno State but did not pass the Entry-Level Mathematics Test, must start their math remediation during the summer. More than a thousand students participated in the mathematics part of Early Start. Students had three choices: a one-unit on-campus workshop, a one-unit online workshop or a three-unit remediation class. 29% of the students showed enough progress to be considered remediated. Planning is already on the way to ensure Summer 2013 will be successful as well!

Dr. Lance Burger will be conducting a math workshop much like the Early Start program in the summer, for the Veterans Education Program, which is run through Global/Extended Education. The workshop is 3 hours per day and will be designed to refresh mathematics for veterans (not necessarily veterans who have recently served).

During Fall 2012, Dr. Tamas Forgacs and Dr. Ke Wu organized and ran the Mathematics Colloquium series in conjunction with a research topics seminar course. Speakers from USC, CSU Fullerton, the University of Portland, the University of Wisconsin-Stout, Loyola Marymount University, Rice University, the University of Arizona and Fresno State all shared their knowledge and love of mathematics with our students, with a special emphasis on research questions accessible to undergraduates. The series and the class was well received by our students, and we hope to make it a regular staple of our future course offerings.

Drs. Adnan Sabuwala and Comlan de Souza serve as the Faculty Advisors for the SIAM chapter of Fresno State. The mission of this chapter is to build cooperation between mathematics and the worlds of science and technology through our publications, research, and community. The SIAM club meets regularly every week to discuss problems of interest and their solutions. The faculty advisors also train these students to participate in mathematical competitions such as the Putnam Exam and the Integration Bee during the Fall and Spring semesters. In addition, student members get a free membership to SIAM as well as an opportunity to attend the SIAM Student Days held annually at the SIAM Annual Meeting. Our SIAM chapter has been invited (one among 12 chapters nationwide) by the SIAM Education Committee to send a student representative to the SIAM Annual Meeting to present a research paper. One of our own students, James R. Stinecipher, will be representing our chapter at the meeting to be held in San Diego. 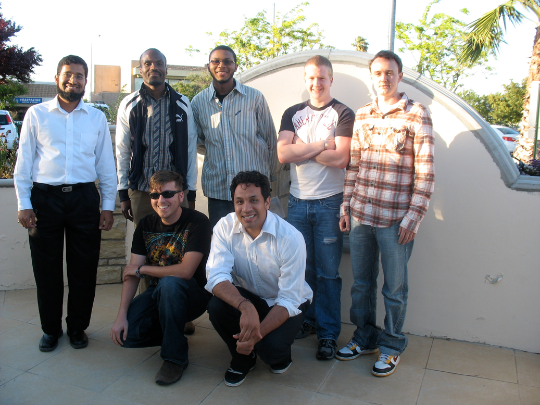 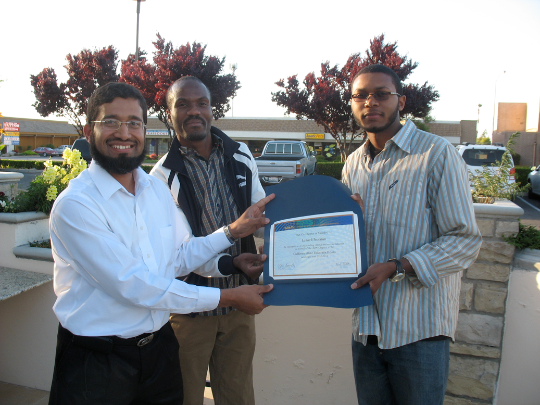 The 73rd Putnam Competition for undergraduate students was held on Saturday, December 1, 2012. Seven undergraduate students from different majors ranging from Biology to Mathematics participated in this year’s competition. Most of these students were a part of the SIAM (Society of Industrial and Applied Mathematics) chapter of California State University, Fresno. Dr. Adnan Sabuwala, who is also the faculty advisor of this chapter, along with his colleague Dr. Stefaan Delcroix trained these students during the Fall 2012 semester on a variety of topics such as Algebra, Geometry, Pigeon Hole Principle and others in an effort to help them prepare for this prestigious nationwide competition. The results of this year’s competition will be announced in March 2013. 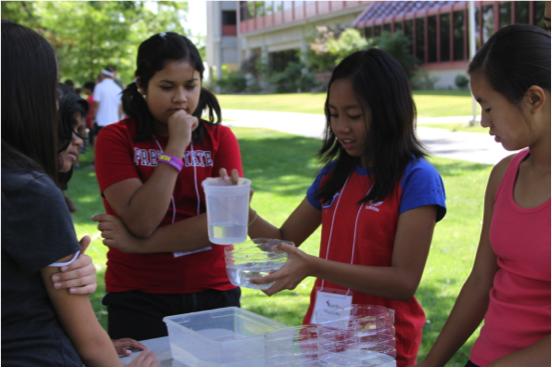 “Summer Academy in Geometry and Technology” for students and “Teaching Geometry with Common Core Practices” for teachers.   While the Summer Academy gave opportunity for students to learn mathematical concepts through hands-on and outdoor activities, the accompanying professional development workshop gave opportunity for middle school and high school teachers to collaboratively learn how to engage and interest students in the learning process through discussions and observations of demonstration classes. 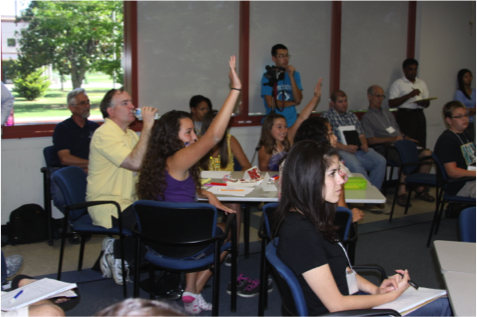 assistants and four high school student volunteers.   Workshop components included learning mathematics through debates and explorations, and through activities such as paper folding (origami), kite construction, scavenger hunts, and water plays. Also, learning to use mathematical software such as GeoGerba and Google Sketchup was a part of the experience. Comments collected at the end of the workshop showed that the students have thoroughly enjoyed this experience and learned a lot in the process. One student said that she learned more math during the week of the Academy than during the whole year at the school and many students said they were looking forward to come back next year.

In the summer of 2013, the Mathematics Department is hoping to expand the Summer Academy experience by running three parallel Academies: one for students from grade 4 through 6, another for grades 6 through 9, and a third for high school students. Teachers participating in the parallel professional development workshop will observe the Academy of their choice, and will learn effective pedagogical techniques. These workshops will be held from June 17 -21, 2013 from 8:30 -3:30 at Fresno State.

If you are interested in sending a child to the Summer Academy 2013 or in helping underprivileged students to participate in the workshop by providing scholarship, please contact Dr. Rajee Amarasinghe (ramarasi@csufresno.edu) or Sue Taing (administrative assistant, phone: (559)278-2992) at the Mathematics Department.

Dr. Carmen Caprau and Dionne Ibarra (Master's student) gave talks at "Knots in Washington XXXV"--an international conference on Knot Theory and its Ramifications--held at George Washington University, Washington, D.C. December 7-9, 2012. Dr. Caprau had her paper entitled "The sl(2) foam cohomology via a TQFT" published in the New York Journal of Mathematics, Volume 19 (2013), pages 61-90, and had another paper, "Twin TQFTs and Frobenius Algebras" accepted for publication in the Journal of Mathematics.

Dr. Stefaan Delcroix has had two articles written during his sabbatical leave in Spring 2012 accepted for publication: "The Hausdorff Dimension of a Graph-Directed Set Whose Underlying Multigraph is a Cartesian Product or a Tensor Product of Multigraphs" (joint with Michael Fisher from West Chester University, Pennsylvania) in Fractals; and "Block-Diagonal Characterization of Locally Finite Simple Groups of p-Type" in the Journal of Group Theory.

Dr. Sabuwala gave two talks at international conferences this year. He presented his work on receiver-targeted PDE problems with applications in geophysical explorations at the 9th AIMS Conference held in Orlando from July 1-5, 2012. The title of his talk was “Spectrally Matched Optimal Grids for Receiver-Targeted PDE Problems”. This conference is held once every two years and is attended by approximately 1200 participants from over 80 countries.

Student Jamie Peabody presented a poster of her work, done under the supervision of Oscar Vega, at the Nebraska Conference for Undergraduate Women in Mathematics. January 25-27, 2013.

Drs. Sanliang Gu (PI), Adnan Sabuwala (co-PI), and Dr. Hemant Gohil (co-PI), co-wrote two grant proposals related to their research on computation of degree-hours as a novel technique to better interpret heat accumulation and thermal distribution for winegrape production. One of these proposals, submitted to the Agricultural Research Initiative (ARI), has been funded for two years ($79,860). The research work conducted so far led to two poster presentations at the 63rd ASEV (American Society for Enology and Viticulture) National Conference held in June, 2012 in Portland.