Research in the College of Science and Mathematics 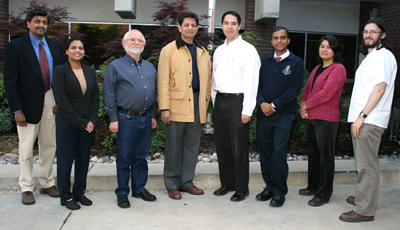 NIH recently awarded a $4.5M grant to develop the first ever Research Infrastructure in Minority Institution (RIMI) grant for central California which runs through 2012. The biomedical research will be led by chemistry professor Krish Krishnan, while the training and behavioral aspects will be directed by psychology professor Lynnette Zelezny. Biology professors Alejandro Calderon-Urrea and Jason Bush are the other core leaders. The RIMI team had their first and inaugural conference on April 3rd 2008 at which several prominent speakers in the areas of health and health disparities in the Valley and City of Fresno made presentations.

Chemistry Faculty members, Drs. Krish Krishnan and Alam Hasson, lead one of the research projects of emphasis in the grant. In a collaborative effort between Fresno State, UCSF-Fresno, and Center for Comparative Medicine, UC-Davis the investigators are focusing on the inter-relationship between levels of air pollution, viral infection and asthma in Central Valley.

On October 10, 2007, Dr. Keith Putirka of Earth and Environmental Sciences gave a talk on how well Fresno State and the College of Science and Mathematics has attracted external funding. You can download the 4 MB PowerPoint presentation, as well as a 332 KB Excel file of his supporting data.

In conjuction with our graduate and undergraduate students, research by the faculty of the CSM covers a wide variety of areas. Here are a few excerpts from The Odyssey, the CSM annual newsletter.

Dr. Alice Wright is investigating how agricultural practices such as chemical applications and irrigation methods affect microbiological communities and individual microbes that live in the soil and how microbes affect the chemicals applied to the soil. Highly regarded in the classroom as well as the laboratory, Wright received the 2005 Provost’s Award for Graduate Teaching and Mentoring. 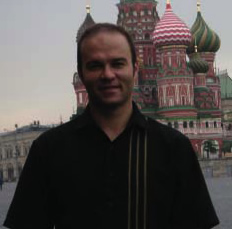 Dr. Steve Blumenshine (in the center) received a Fulbright Scholar Grant and is spending six months in Thailand, starting last July, to conduct research on the sources and consequences of impaired water quality in the Gulf of Thailand and its major tributaries. He will conduct statistical analysis of water quality patterns, which will help identify where and when water quality is particularly sensitive to impairment for municipal and recreational use.