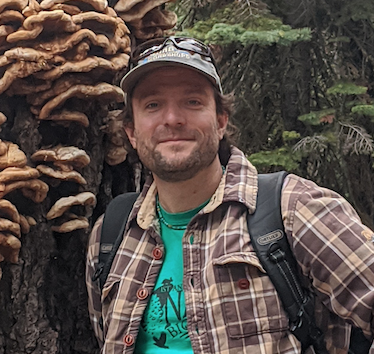 On mushrooms and not missing the forest for the trees

As Alija Mujic, assistant professor in the Department of Biology at Fresno State, can tell you, the forest isn’t just the trees.

There’s a lot more going on. And he would know. His research is on mycorrhizal fungi — fungi that grow in a mutually beneficial relationship with plants.

“It’s true that the plants around us depend on microbes like fungi to live and grow,” he said. “Trees in particular cannot survive without their fungi.”

That relationship is really what fascinated him about mushrooms. 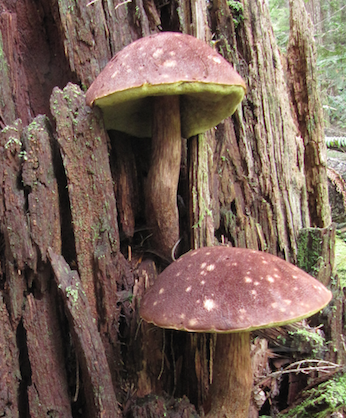 “Every living system, every living thing, especially macroscopic organisms, like ourselves, we’re utterly reliant upon the microbiology that we’ve evolved with,” he said. “You can’t separate us, functionally, as organisms.”

People are generally interested in the forest, he noted, but the forest is so much more than just the trees … it’s also all the microbes that support it, like the mushrooms. A healthy forest needs its microbes.

“I started getting interested in the ecological aspects of how these mushrooms support the health of forests, and why they’re important in restoration to mitigate urban development,” Dr. Mujic said. “The first thing you have to do is reestablish the microbiology of the soil.”

A big part of what he studies is how mycorrhizal fungi have a mutually beneficial (aka a mutualism) relationship with trees, especially ectomycorrhizae, which tend to associate with woody trees in the pine and oak families. The beneficial exchange of nutrients interests him: mushrooms get sugars they need from the trees, and the trees benefit from the way mushrooms exponentially increase the surface area of their roots.

“Fungi are unicellular filaments that run through the soil,” he said. “And their surface area is many orders of magnitude greater than that of what a plant could achieve on its own.”

Interestingly, while most people think of mushrooms as having a stem and a cap, not all fungi classified as mushrooms fit that preconception. Some just have a little crust on the soil, and others have a little cup-like fruit. Yes, the mushrooms that you see in the grocery store are the fruit. The actual organism itself is a fine network of unicellular filaments that run through the soil.

“These filaments are called the mycelium and they are the body of the fungus — A mycelium is to a mushroom what an apple tree is to an apple,” he said.

Mushrooms are pretty good at what they do — in particular, in producing enzymes that break down plant tissue. 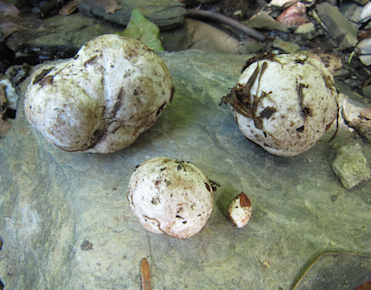 “Fungi are the master decomposers, far more than bacteria, far more than any other microbe,” he said. “They can even break down lignin (a major component of wood), which is very resistant to decomposition. Fungi can actually eat crude oil, because it’s basically just plant hydrocarbons.”

Why does Dr. Mujic have this interest in mushrooms and fungi in the first place? Primarily because it is unusual.

“I’ve always been a person who’s been drawn to stuff that’s different,” he said. “But more than anything, it’s because I really like to eat. I really like to cook. I was looking for new ways of finding new ingredients, and I got really interested in collecting wild plants and mushrooms.”

After college, his first career was in the catering business. He was given a choice at one point between heading a kitchen at a local restaurant or taking a job in environmental restoration. His degree was in environmental sciences and ecology at the time, yet he was tempted to stay with cuisine.

“But I was really passionate about working with ecology, native spaces, and forests,” he said. “So I took the path not to be a chef. However, I was a chef before I was a scientist. It’s still my passion and my hobby to cook.”

Finding new ingredients is what led him to mushrooms growing in the wild. 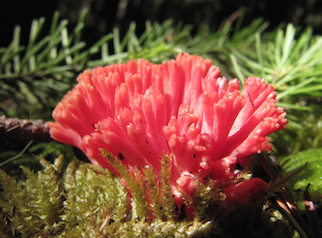 “The idea that this has been under my nose this whole time and I didn’t even know it … are you kidding?” he said.

As an undergraduate student, he hunted for mushrooms right on the UC Santa Cruz campus, within a stone’s throw of a friend’s apartment, and that’s how he got hooked. Then he became involved with the Fungus Federation of Santa Cruz club.

“Mushroom hunting is a popular hobby, especially in urban areas. I think a lot of people in urban environments are trying to find ways to reconnect with nature. It’s really young and hip,” he said. “Foraging food from nature is particularly big. A lot of what you think of as traditional country values are being recapitulated in young city kids.”

Hunting wild mushrooms is something that attracts numerous people, but Dr. Mujic doesn’t recommend that anyone jump right into it. For safety purposes, you need sufficient training.

“I’m not giving you advice with the intention of telling you to go eat something,” he said. “All mushrooms should be identified by an expert. Ideally, that expert shoud be you! You should never, ever eat a mushroom that you’re not 100 percent sure about.”

Dr. Mujic and his students have started their own mushroom hunting club, the Fresno Mycology Society.

“There are mushroom hunting clubs in nearly every major city near the coasts, especially where there are more forests and it’s more humid.,” he said. “Mycology has always been a science which is driven forward by amateur contributions.” 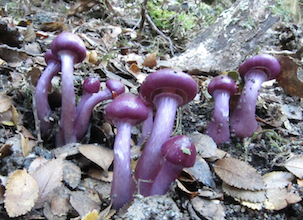 At first, he was just interested in food and medicine. “I’ve always been interested in herbalism,” he said. “I got into wild foraging in the first place because I wanted to learn how to pick medicinal herbs.”

But then he started asking so many detailed questions about mushrooms from his teachers that one finally told him that maybe he should consider a career in that direction.

By training, Dr. Mujic is a laboratory geneticist, and he and his students study the genetics of fungi. With the advent of sequencing technology, he can study mushrooms in the lab.

“We use molecular genetic techniques, primarily with nucleic acids, DNA, and some RNA,” he said. “One of the real cores of what we do in the lab is systematics. We extract DNA from fungi, we determine their evolutionary relationships, and we use those to help understand their ecology.”

He and his students look at how different environmental conditions affect the community structure of fungi, focusing on mycorrhizal species.

“My students are doing a lot of field work,” he said. “They go out mushroom hunting with me and look for fungi. In the foothills, mushrooms are fruiting right now.”

A big part of what Dr. Mujic and his students do is computational biology, performing various analyses.

He and his students study the molecular interactions that govern the sharing of nutrients between fungi and plants, and how they communicate through the root connections that they make.

“We do a lot of whole genome sequencing,” he said. “And RNA sequencing.”

Mushrooms are fun, but Dr. Mujic’s real specialty is studying truffles, particularly Rhizopogon, which are little mushrooms that grow underground.

“Most people have heard of the European gourmet truffles, like the French black truffle, that are highly prized by chefs and gourmets. What most people don’t realize is that there are actually a many species of gourmet edible truffles that grow all over the world and some of them can be found right here in California,” he said.

He is currently interested in exploring the possibility of co-cropping pecan crops and gourmet edible truffles with local pecan farmers in the Valley.