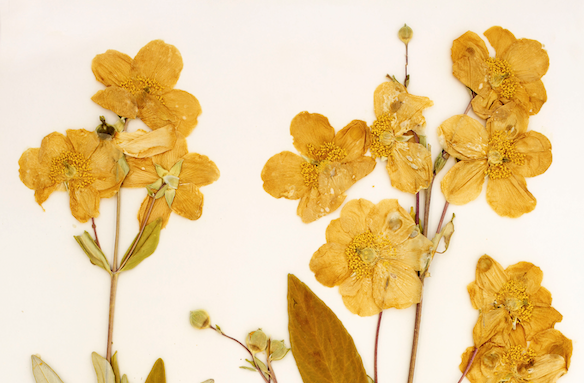 Part of the Department of Biology's herbarium is the tree anemone, which is only found in Fresno and Madera counties.

Katherine Waselkov, an assistant professor in the Department of Biology at Fresno State, is finding out some interesting things from the data she is collecting from the more than 35,000 plant specimens in the university’s plant collection.

All that data is being entered into databases online so that people can search for information on plants on the web. The work is funded by a National Science Foundation grant, in a project that is digitizing herbarium collections from 22 institutions in California, one of which is Fresno State.

Trained as a botanist, Dr. Waselkov studies diverse flora, especially those endemic to California, some of which are highly endangered. She curates the university's herbarium.

“An herbarium is basically a library of pressed, dried plants,” she said. “There are specimens that people have collected over the years (since the 1890s in the case of Fresno State), and they’re all organized taxonomically. Part of my job is to curate them, which means I make sure they don’t get eaten by insects, allow other botanists to access the physical specimens, and add new specimens to the collection, in addition to the digitization project.”

Fresno State students who are assisting in the project are getting well versed in the importance of natural history collections and experience in museum curation, by completing the data entry for the herbarium and by taking pictures of specimens. Nineteen students have been working on the project over the last three years. 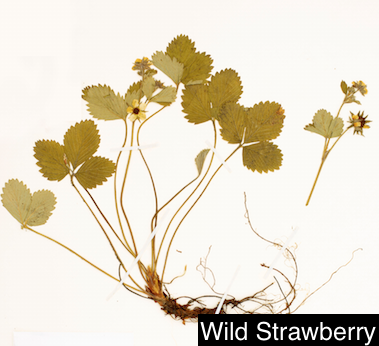 “The Libraryat Fresno State has hosted the imaging platform itself,” Dr. Waselkov said. “I bought the light box with my start-up money from CSM, but the Digital Services Department provided the camera and physical space for students to work.  Ms. Maria Peña also trained and supervised students doing the imaging, and Mr. Renaldo Gjoshe provided the digital infrastructure for storing images and data. They have been very valuable collaborators.”

The goal of the NSF grant was to generate data from nearly a million specimens that belong to the institutions involved. And then there was COVID.

“COVID put a screeching halt to everything because there wasn’t any physical access to the imager, so we couldn’t add images,” she said. “We’re just getting going again, because the library has actually transferred the equipment over to our building.”

Dr. Waselkov's work in digitization of herbarium specimens is advancing the understanding of how plants respond to changing climate.

“There are all kinds of things ganging up on plants, in the Valley especially,” she said. “But the high Sierra ecosystems, like 12,000 feet, 13,000 feet, are probably the most threatened because it’s warming so quickly that they don’t have any place to go. There’s nothing higher than that. The expectation is that they will soon be displaced by species that are moving up the mountain.”

Her current field of study is a natural fit because she was always attracted to flora.

“I was really into plants,” she said. “I just always have been, since I was a little kid.”

The first thing she did when she got to college was start working at the herbarium at the University of Florida at its natural history museum.

At the time, she was helping to digitize the herbarium by putting the data online, the same kind of work that she is doing now with Fresno State’s collection, started in the 1920s by Dr. Charles Quibell, a plant taxonomy professor. He taught at the university for 40 years, adding to the collection. He even reportedly took mule pack expeditions each summer in the 1950s with his family to collect new specimens in the high Sierras.

Now the collection is moving to high tech.

“The idea is to get that information online so people can see how plants have changed over time,” Dr. Waselkov said. “The real key is climate change. Nobody’s sure precisely how the majority of California's ecosystems have been affected by climate change over time.”

Analyzing that information is much easier when the resources are online, she noted.

“The project that we’re currently trying to do with the herbarium at Fresno State is to take pictures of all the specimens,” Dr. Waselkov said. “It’s pretty easy to do, because they’re flat, they’re two-dimensional… Then, once we have the picture, there’s data associated with it, from the label in the corner that says where that plant was collected, who collected it, and what date it was collected, and information about its taxonomy, its scientific name.”

This data is then entered into databases and shared through online platforms, such as the Global Biodiversity Information Facility (GBIF).

Although Dr. Waselkov says the work itself is not difficult, transcribing some of the labels is enough to daunt anyone ... labels that are in, for example, elaborate cursive handwriting, and sometimes written in Swedish or Latin.

Still, it’s worth it.

“Our NSF grant has already substantially increased the amount of data out there about California plants,” she said. “The bulk of our collection is California plants, probably about 90 percent. We do have some plants from other places, such as ferns from New Zealand, and aquatic plants from Switzerland, Sweden, and Norway.  But the majority of our collection is very local, from Fresno County and a few surrounding counties.”

Only about 15,000 Fresno State specimens are online so far in a searchable database from the approximately 35,000-speciman collection at the university, so there’s a lot of work left to do. But Dr. Waselkov is enthused about getting started again, and introducing more students to natural history collections.

Dr. Katherine Waselkov earned a B.S. in Botany from the University of Florida and a Ph.D. in Evolution, Ecology, and Population Biology from Washington University in St. Louis. She completed her postdoctoral research at Kansas State University.

To see the searchable portal where the herbarium’s data is ultimately deposited, visit https://www.gbif.org/

To see the citizen science platform where members of the public can help with herbarium data transcription, visit https://www.zooniverse.org/projects/md68135/notes-from-nature-capturing-californias-flowers.