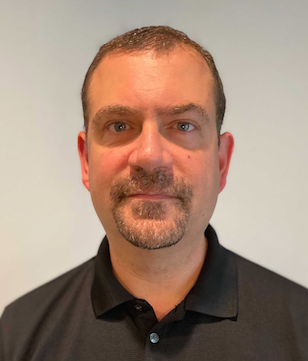 Like many students who start attending Fresno State, biology alumnus Justin Costa wasn’t quite sure exactly what direction he wanted his career to take.

Originally, he was not interested in biology or science in general.

“I was interested primarily in surfing, and frisbee; but as these were not majors offered by Fresno State, I enrolled in some classes in the humanities,” he said.

“As fate would have it, the non-major biology classes were full for the semester, so I ended up enrolling in Biology 1A with Fred Schreiber as the instructor,” he said. “Looking back at it now, I think that class cemented my interest in science, and over the next few semesters, my courses began to veer more and more towards a science major.”

Despite enjoying what he was learning, Justin explains that at first he was quite lackadaisical about his studies. It was some time before he really committed to his new path. But faculty members in the Biology Department had a big impact on his future.

“Two things that pushed me into getting serious about learning science were getting a research assistant job in the laboratory of K.P. Wong, and meeting Alejandro Calderon-Urrea,” he said. “These two events happened nearly simultaneously, as the laboratory I was working in was next door to Alejandro’s laboratory, and that semester he taught my first upper-level class in developmental biology. After that, I was hooked.”

Currently a staff scientist at 10X Genomics in the Assay Development Group, Justin enjoys having an exciting role with a company that is having a global impact on biological research.

“My position is highly multidisciplinary and requires me to conduct research with many teams working on several mind-blowing technologies under development,” he said. “One of the most rewarding aspects of my job is seeing how other scientists deploy the technologies we develop to advance their own research.”

Justin explained that more than 2,000 papers have been published using 10X Genomics technologies over the last four years. One of his company’s flagship technologies, Spatial Transcriptiomics, was just named Method of the Year 2020 by the journal Nature.

Faculty mentors in the Biology Department directly influenced and aided his professional development, said Justin. This included Fred Schreiber, who served as the chair of his master’s thesis committee, and Alejandro Calderon-Urrea, who helped him receive a National Institutes of Health fellowship after Justin received his master’s degree.

Other faculty members contributed as well.

“Rick Zechman introduced me to the world of weird non-vascular plants and is someone I write to from time to time when I have questions about algae taxonomy (believe it or not, it happens),” he said.

Paul Crosbie was instrumental in getting him into the graduate program and helping him transition to NIH despite the fact that he had not written his thesis yet.

Jim Prince was his primary mentor for genomics, a field that Justin is still involved in professionally.

“The list goes on and on,” he said. “My mentors in the Biology Department have been amazing and continue to be almost 20 years later. Their effect on my career has been immeasurable.”

The first is the fact that undergraduates have the ability to conduct research directly with professors.

“As there are relatively few post docs around, this gives the student direct access to great scientists who can actually spend the time mentoring and pushing the students to levels they could not begin to imagine,” he said.

The second is the departmental structure allows students to take a wide range of different classes.

“When I was there, I had the freedom to enroll in classes as diverse as industrial biotechnology, medical entomology, plant developmental genetics, microbiology, ecology, molecular evolution, nonvascular plants, biochemistry, and the evolution of insect mating systems, to name a few,” he said. “There is simply no way that I would have received that breadth of exposure to so many different areas of biology had I been anywhere else.”

It was this foundation, Justin said, that inspired him to earn a doctorate and has served him so well in some of the top laboratories in the world.

Investments in students by the Biology Department — some even unnoticed — can translate into long-term student success.

Justin has a B.S. and M.S. in Biology from California State University, Fresno and a Ph.D. from The Mount Sinai Hospital in New York with a focus in Biomedical Nanotechnology.