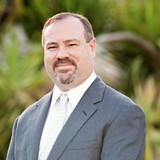 More recently, Dr. Walkup has turned his attention toward the field of education. He is a pioneer in the classroom use of Cognitive Rigor, the superposition of Bloom's Revised Taxonomy and Depth of Knowledge. Supervising a team of 20 researchers at his own company, The Standards Company, John led the two largest studies of classroom rigor ever performed in the United States encompassing over 200 public schools and over a quarter-million student assignments. Today, these studies still represent the only sizable independent studies of classroom rigor ever performed.

In 2009, he teamed with Karin Hess of the Center for Assessment and Ben Jones and Dennis Carlock of The Standards Company to introduce the concept of Cognitive Rigor and the Cognitive Rigor Matrix (Hess Matrix), now used by the Smarter Balanced Assessment Consortium for selecting items for the Next Generation Assessments and the California Department of Education as part of its plan for implementing the Next Generation Science Standards. Cognitive Rigor is now used to train teachers throughout the country, from small rural school districts to state departments of education.

John's background in professional development is extensive. As the Consultant Manager for a private K-12 professional development company, he supervised 12 trainers in the field and trained new hires in the art and science of direct instruction, English Learner strategies, cognitive strategies, and lesson planning. During this time, he trained public school teachers all over the country in direction instruction technique, observed classroom sessions, and provided post-observation coaching feedback.

As a former science educator and researcher, John's expertise spans such topics as STEM learning, English language learners, curriculum development, classroom observation, professional development, standards alignment, and curricular rigor. Much of his focus centers on professional writing, relying on his skills as a highly polished education writer and K-12 grant writer. To date, he has developed over 300 grant applications, netting over $30 million in funding for public agencies, especially public schools.

At Fresno State, John is leading many of our efforts to revitalize the introductory physics lab curriculum, focusing on enhancing critical thinking, scientific reasoning, and statistical analysis. He is also designing new courses and programs for aspiring physics teachers.