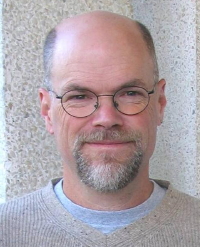 My research interests are varied, but center on vegetation changes occurring over the past 20,000 years.  My interests include primarily the fields of ecology and paleoecology.  I am involved in projects that study changes in plant morphology and plant communities from current times to the late Quaternary using macro- and micro-fossils.  Within the context of this focus, I have used the application of stable isotope analysis and morphological measurements to reconstruct past plant physiology, especially over the last great rise in atmospheric CO2 that occurred during deglaciation.  My research has also looked at the variability of natural populations as a means to test their suitability as proxy records from past landscape changes.  In addition, I have worked with atmospheric models to track the incorporation and downwind transport of pollen from source areas as a means to understand entrainment and depositional processes at long distances.  The most recent application of this work tracked plant gene-flow from genetically modified crop plants into wild relatives growing in surrounding areas.