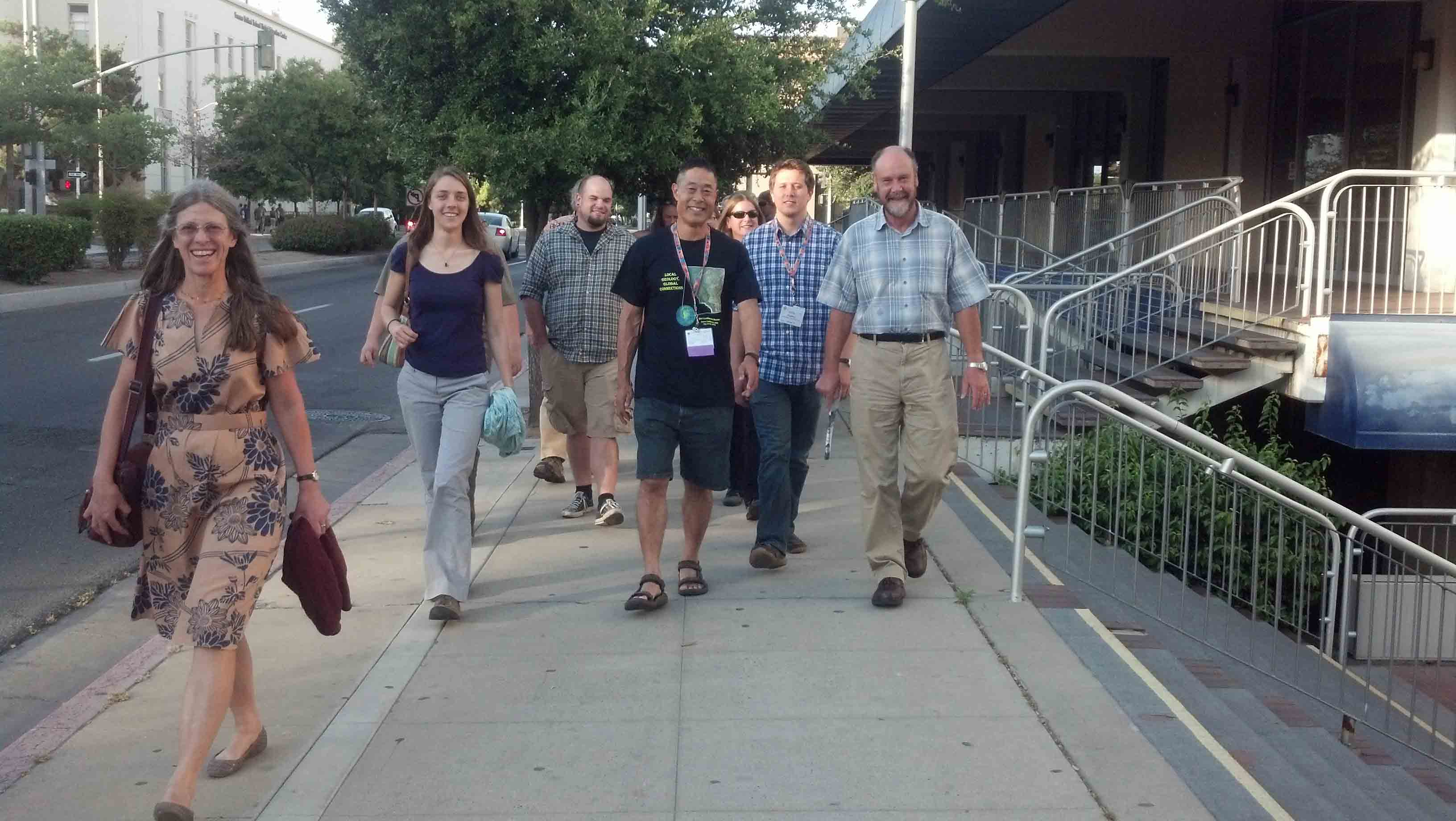 The Department of Earth and Environmental Sciences (EES) was the host of the annual meeting of the Cordilleran Section of the Geological Society of America held May 20-22, 2013 at the Radisson Hotel and Conference Center in downtown Fresno with associated field trips before (May 18-19) and after (May 23-24) the meeting.  The Cordilleran Section meeting is usually a "regional" geoscience meeting drawing geoscientists from across western North America, but this meeting, following its theme of "Local Geology, Global Connections", was a truly world-class international meeting attracting top researchers from around the world.  Participants included prominent geoscientists from France, Italy, Turkey, China, Korea, Japan, Costa Rica, and Peru, as well as the usual Cordilleran Section countries of USA, Canada, and Mexico.  There were over 280 talks and posters presented on a range of topics from processes including active plate margin processes (several sessions with the largest international participation), igneous processes and volcanology, vertebrate paleontology, critical zone processes (Earth surface processes featuring interaction between atmosphere, biosphere, and geology), water and water supply, and engineering geology (including geohazards).  EES faculty formed the organizing committee for the meeting and very actively participated in it, along with many of their students.  John Wakabayashi was the general meeting chair, technical program chair (most of the international attendees came upon his personal invitation), convened four technical sessions, led the largest field trip of the meeting, gave two talks, and was co-author on five additional presentations given by current or former students. Keith Putirka was the field trip chair, gave a talk, and was co-author on two additional talks given by collaborators or his students. Bob Dundas was the student volunteer coordinator, convened a technical session, led a field trip, gave a talk, and was co-author on five additional presentations given by his students.  Zhi Wang gave three talks and was co-author on three additional presentations given by his students.  Chris Pluhar convened a technical session and was co-author on three presentations given by current or former students. Beth Weinman gave a talk and was co-author on four presentions given by her students.  Mara Brady convened a technical session and gave a talk. John Suen convened a session, gave a talk, and was co-author of two presentations given by former students or colleagues. Peter Van De Water was co author on two presentations by students or collaborators. Steve Lewis was the community liason.  The College of Science and Mathematics also supported a special reception at this meeting for alumni of the EES Department (known as the Geology department in earlier times).  A number of other EES department students worked as student volunteers during the meeting as well.  Clearly, the EES Department made a major impact on this global meeting.