Miguel is continuing on to his second year in the Molecular, Cellular and Developmental Biology Masters program at City University of New York, Hunter College. His current research focuses on a Dictyostelium discoideum homologue of PKC and its role in cytoskeletal regulation. As an undergraduate student, Miguel was actively involved in LSAMP activities including participation in the LSAMP Research Internship and serving as an LSAMP Peer Mentor. Additionally, Miguel was awarded the LSAMP Scholars Program award.  Miguel also was intensely involved in organizations such as the Tri-Beat Biology Club and a founding member for the Fresno States Consortium for Evolutionary Studies. With LSAMP and student organizations, Miguel was an advocate for science and higher education to fellow students and the community. As a graduate student, Miguel continues to provide advise to undergraduates by speaking at LSAMP meetings that are intended to encourage students to consider graduate school. He has also gained international research experience in The Netherlands and has been accepted to the CUNY LSAMP Bridge to Doctorate Program. Miguel is in the process of preparing for applications to PhD programs, which he plans to start in Fall 2012. 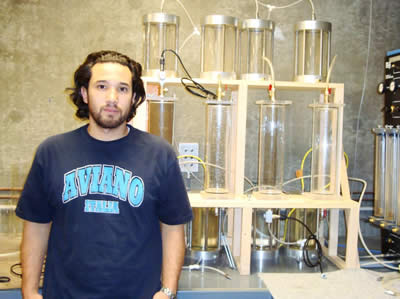 Exequiel Sinco is currently earning a Master of Science degree in Civil Engineering with an emphasis in Geotechnical Engineering at Fresno State.  His research involves subsurface internal erosion of soil.  Exequiel’s thesis is titled “Piping Progression of Sand Under Various Permeating Fluids”.  The goal of this research is to understand the fundamental mechanisms of piping progression (subsurface internal erosion) in levees and earthen dams.  As an undergraduate, Exequiel interned with Dr. Ming Xiao under the LSAMP Research Internship, participated in the LSAMP Scholars Program, and was awarded several undergraduate research awards offered by the University.  Exequiel is currently working at BSK Associates in Fresno, California as a staff engineer.  His future goal include earning Professional (P.E.) and Geotechnical (G.E.) Engineering licensure and is considering applying to Ph.D. programs in the near future. 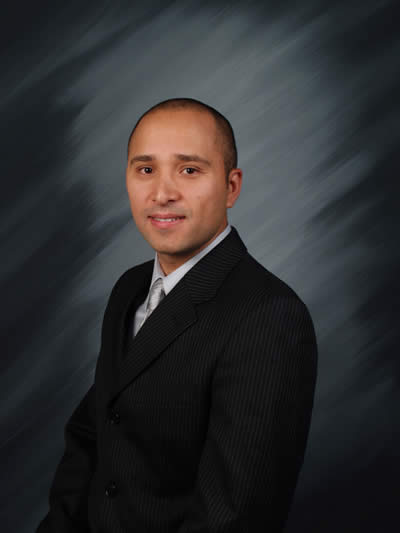 Enrique Lopez is currently a doctoral student at Stanford University’s School of Education where he works towards his research agenda of examining factors that affect students’ academic performance in chemistry, particularly among historically underrepresented students. Enrique recently completed a National Science Foundation funded longitudinal study investigating the underlying factors contributing to both academic success and difficulties in first-semester Organic Chemistry, particularly in minority students and women. As an undergraduate, Enrique participated in research activities in atmospheric chemistry, was awarded the LSAMP Scholars Program award and served as a summer chemistry instructor for underrepresented bilingual youth interested in science. Additionally, Enrique served as an LSAMP Peer Mentor for students aspiring to matriculate in chemistry. These experiences taught him the importance of diversifying STEM fields and how education can be used as a social mobility ladder. Finally, after graduate school Enrique looks forward to continuing his research agenda and making a difference on a larger scale as a university professor.

Lori Orosco completed her doctoral studies at Johns Hopkins University earning the Ph.D. in 2010 in developmental neurobiology. Her research focused on understanding the regulation of myelination during development. Lori was awarded an M.S. in Biology in 2002 from Fresno State. As an undergraduate student, Lori was actively involved with LSAMP (AMP) program activities including serving as a Facilitator for LSAMP Academic Excellence Workshops in biology and inorganic chemistry and a Peer Mentor for lower division students.  Lori enthusiastically pursued undergraduate research in microbiology under the faculty mentorship of Dr. Alice Wright.   Lori was a Post-Doctoral Fellow at the Institute of Pediatric Regenerative Medicine, Shriners Hospital for Children Northern California and University of California Davis School of Medicine.  Lori’s research focused on understanding the genetic and molecular mechanisms regulating neocortical development. Lori was awarded an independent postdoctoral grant to fund her research and is currently teaching at Fresno State.