The Downing Planetarium has open to the public for the first time since March 2020. Free parking is available in Lot P15, directly in front of the planetarium, for weekend shows, and parking is free after 4 p.m. on Fridays. Reservations are strongly recommended. The latest news of the planetarium is featured below.

We have been working on some great new shows for our re-opening.

Out of all the planets in the solar system, Mars is the planet most like Earth.  In the future, Mars may become alike a second Earth but we need to get there to make it happen.  NASA and others have their sights set on the Red Planet and are building the technology that would allow humans to reach Mars.  See the new rockets under construction and fly through the International Space Station, where astronauts are already living and working in space.  Mars is waiting, are you ready?

What are gravitational waves?  How are these ripples in space-time created?  Albert Einstein predicted their existance in 1916, and a century later, physicists detected these waves using incredibly precise laser technology here on Earth.  See the Laser Interferometer Gravitational Wave Observatory (LIGO) and meet Lucia, a PhD student in physics, on an exploration of gravitational waves and their importance in helping us to understand the Universe.
Project Artemis is NASA's boldnew plan to send astronauts back to the Moon for the first time in over fifty years.  The discovery of water ice at the lunar south pole will provide a valuable resource which will help sustain a planned lunar base by providing water to drink, grow food, oxygen to breathe, and even rocket fuel!  Join us for this exciting adventure as the first woman and the next man take that giant leap for all.
Step out onto an ice floe in the middle of the Arctic Ocean, where scientists race the fading light to set up one of the most ambitious international climate collaborations ever, MOSAiC.  The Multidisciplinary Drifting Observatory for the Study of Arctic Climate launched in September 2019.  Led by the Alfred Wegener Institute from Germany, the mission intentionally froze an instrument laden icebreaker Polarstern into the ice on the Central Arctic Ocean where it drifted in the polar ice through the long, dark winter.  Join this effort to better understand this remote region and the role it plays in both global climate and weather patterns.

The annual Perseid meteor shower will peak tonight in the early morning hours of August 12, 2021.  The meteors are small particles of ice and dust that enter the Earth's atmosphere at high speed and create a glowing trail of plasma.  The particles are the debris shed from the Swift-Tuttle comet.  Fortunately, most of the recent smoke has cleared away from the Fresno area so it will not hide our view of the meteors.  Also, the Moon will not interfere with the observations this year since it only a few days past New Moon and so the Moon will set early in the evening.  For viewing the meteors, try to get to a dark location, away from city lights.  Use a lawn chair, lay back, and try to observe as much of the sky as possible at once.  Under good conditions, you might see as many as one meteor per minute!  The greatest number of meteors are typically seen between the hours between midnight and dawn.

Venus and Mars are Alright Tonight!

Don’t miss a close appearance between Venus and Mars, low in the western sky, early this evening. Look for Venus first since it is the brighter of the pair. Next, check for Mars nearby in the 8 o’clock position. The separation between the two will only be about ½ of a degree. In addition, a thin waxing crescent moon will be slightly higher and to the left. If you watch each evening, the planets will appear to drift slowly apart.

There will be a total lunar eclipse visible from Fresno in the early morning hours of Wednesday, May 26th, 2021.  Lunar eclipses occur when the Full Moon passes through the shadow of the Earth.  During the eclipse, the Moon will appear to darken and turn red in color.  No special equipment or eye protection is needed when viewing the lunar eclipse.

Perseverance to Land on Mars

NASA's Perseverance Rover is scheduled to land on Mars today (Thursday, 2/18) at 12:55 p.m.  NASA's webcasts for the event will begin at 11:15 p.m.
You may watch it here:
https://www.space.com/17933-nasa-television-webcasts-live-space-tv.html (Links to an external site.)
or, if you have difficulty, here:
https://www.space.com/ (Links to an external site.)
or, if you have difficulty, here:
https://www.youtube.com/nasa (Links to an external site.)
The NASA Mars Perseverance Rover is the first spacecraft purpose-designed to search for life on another planet since the NASA Viking 1 and 2 landers became the first spacecraft to land 100% successfully on Mars in 1976.  The Perseverance Rover will also carry the Ingenuity Helicopter, the first aircraft designed to fly in the atmosphere of a world other than Earth.
The landing sequence is controlled by the onboard computers.  There is a long list of things that must go exactly right at the proper time in order for the space craft to make a successful landing instead of a smoldering crater.  Heat shields need to detach, parachutes need to open and then detach, rockets need to fire, finally the rocket platform needs to detach and fly away from the rover at the moment it touches down.  All of this is aptly called the "seven minutes of terror".  Don't miss it!

On December 9, 2020 history was made when SpaceX launched the Starship prototype SN8 to an altitude of 12.5 km. The stainless steel rocket was powered by three advanced Raptor liquid fueled engines which burn a mixture of methane and oxygen to produce a clean blue flame. The shiny silver rocket rose gracefully into the beautiful Texas sky as people watched online in amazement from all over the world.  As the Starship continued to climb, the engines were shut down, on purpose, one by one. The flight path was controlled by computers which point, or gimbal, the engine nozzles as needed to maintain stability. Once the desired maximum altitude was reached, jets of gas were fired from the nose of the rocket to change its orientation for the return to Earth in an untried new maneuver called the “belly flop”. The descent was automatically controlled by pairs of movable flaps in the nose and tail. This part of the flight provided convincing evidence that descent could be successfully controlled with flaps much smaller than the wings of the Space Shuttle. As the rocket approached the ground, two of the engines were re-lit with the nozzles at full tilt in order to provide the sideways thrust needed to right the rocket. Unfortunately, the pressure in the small methane header tank was not high enough to run the engines at full power for the landing burn. The flame turned green as the oxygen rich mixture consumed the copper in the rocket engine. The otherwise successful test flight ended in a spectacular explosion as SN8 slammed into its landing pad. Overall, the flight was an astounding success and provided valuable data to SpaceX engineers for future refinements to the design. If you missed the flight, don't worry, the next Starship, SN9, is expected to launch in January 2021. Stay tuned!

Right now, in Boca Chica, Texas, SpaceX is building a massive, reusable rocket ship that may someday make voyages to the Moon, Mars, and beyond reality.  The rocket is called Starship and it will be launched atop a gigantic reusable booster called Super Heavy.  Six prototypes have been built so far in only seventeen months.  Unfortunately, all of the rockets have been accidentally destroyed in testing.  However, every failure leads to new knowledge which is used to improve the next rocket.  The rocket SN4 almost made it all the way to launch before it was destroyed in a massive explosion.  Don't worry, Starship SN5 and SN6 are almost ready for their turn at the test stand. 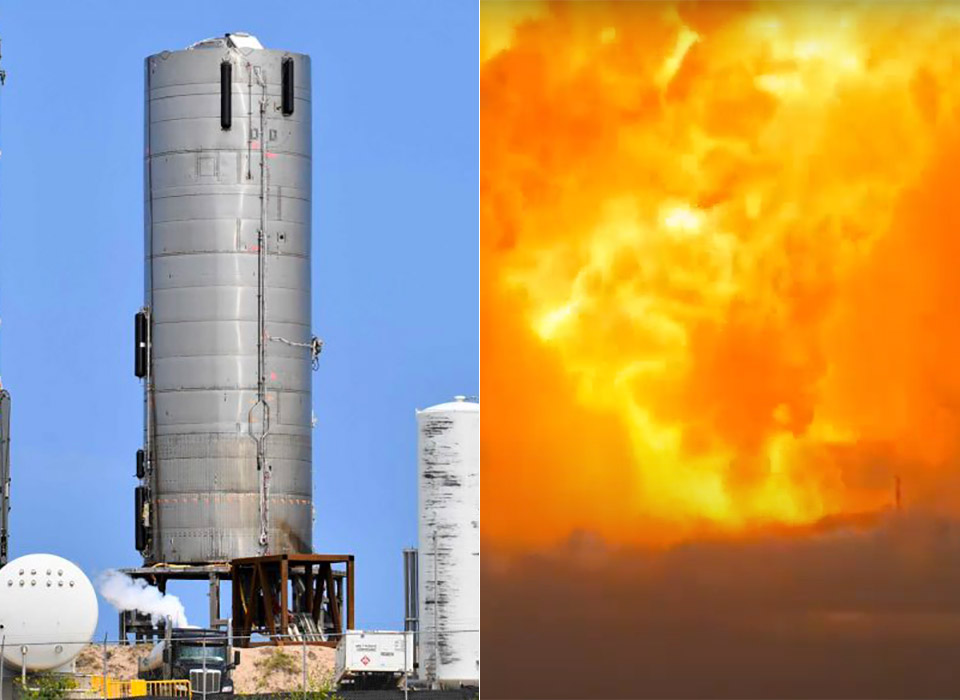 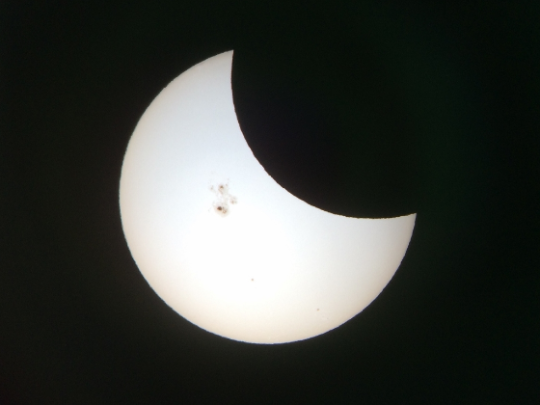 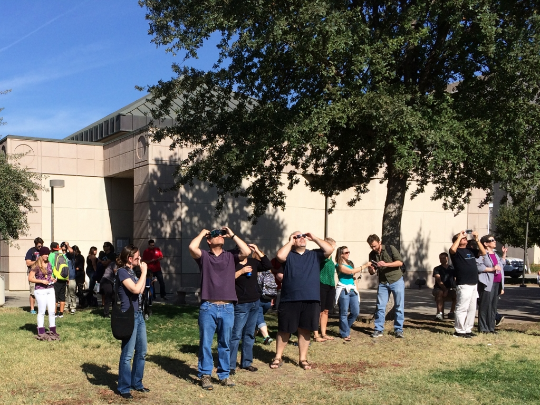 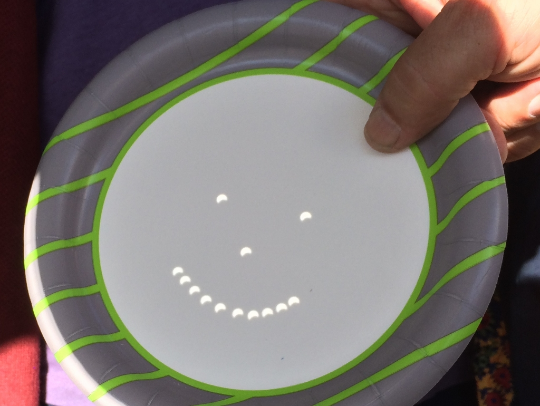 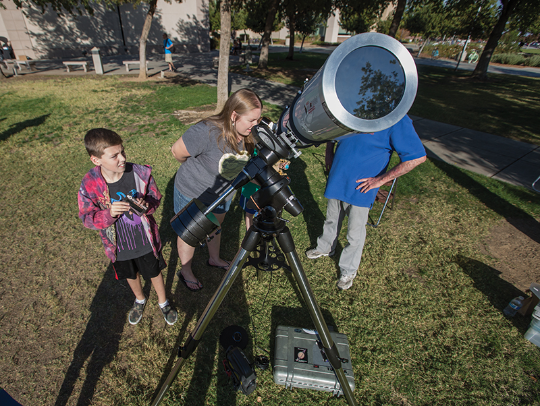