The 2003 Nobel Prize in Physiology/Medicine was awarded to two scientists: Paul C. Lauterbur and Peter Mansfield who made seminal discoveries that were the basis for the development of magnetic resonance into a useful imaging method.

MRI: Stepping through the anatomy

In the last two decades, the technology of MRI has developed rapidly making tremendous contribution in medicine. In 2002, approximately 22,000 MRI scanners were in use worldwide, and more than 60 million examinations were performed. All the sophisticated detail of an MRI scan, particularly in the case of brain and spinal cord exam, comes without the use of ionizing radiation. Improved diagnosis in cancer, the use of detailed three-dimensional images as a pre-operative tool, along with non-invasive angiography has all contributed to reducing suffering for the patient.

MRS: Physicians have long realized that to understand the play of the dynamics within the human organism, one must not only be able to read the script, i.e., visualize the anatomy but also participate in authoring the script at a biochemical and molecular level. Hence, more and more, technologies are trying to look at biochemistry and functioning of the organism at a molecular level. One such technology is magnetic resonance spectroscopy. MRS may reveal a metabolite that is not normally present or an abnormal quantity of a metabolite that is usually present. 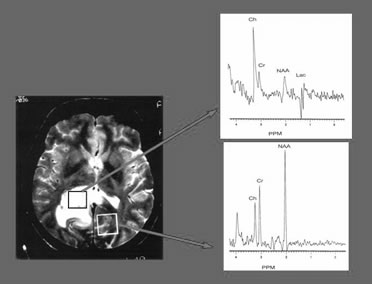 Differences in Brain Spectra between Tumor and Normal Tissue 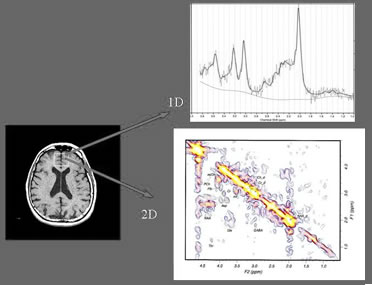 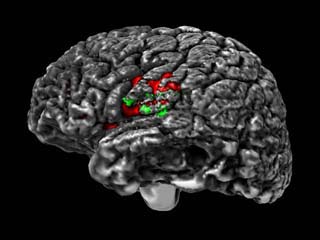 Diffusion and Perfusion MRI: These techniques stand at the forefront of physiologically-sensitive radiologic imaging. Diffusion imaging is designed to study the movement of water molecules. Such a study finds a range of applications in stroke, infection, and metabolic diseases. In addition, the advent of white matter fiber tracking via the techniques heralds a new application. Perfusion-weighted imaging assesses the perfusion of the microvasculature after rapid injection of a gadolinium contrast agent.